10 Most Common Reasons for Computer Failure in Business and Industry 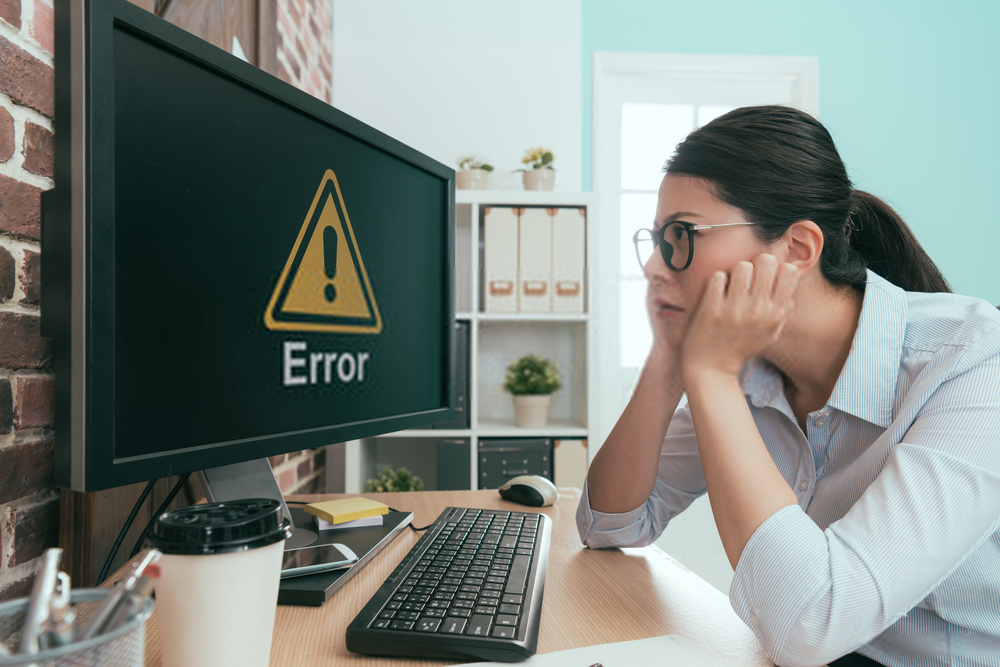 Computer failure is not a pleasant thing to experience. Computers are performing more and more tasks in the office and workplace than they ever have before. Computers can conduct many tasks more efficiently than human workers but the more we rely on them the more vulnerable we find ourselves when the machines fail.

Each year, companies have an average of 501 hours of computer downtime, costing them millions in annual productivity and revenue and according to a recent study; computer downtime is responsible for the loss of 3.6% of annual revenue. Which is almost as high as the revenue loss by employee absence (6 %)!

The average life of an office PC is 3-4 years yet a computer’s life can be cut down to a fraction of that amount if the machine is expected to work in less than perfect conditions.

Yet the majority of causes for a computer failure can be prevented by adhering to some simple steps:

1. User errors – Any tool is only as good as the workman who uses it and computers are no different. Actions such as not powering down properly, skipping scan disks or continual button pushing while a computer is processing can damage a computer’s hardware, particularly drives and processors. Always follow the correct guidance in using a computer machine.

2. Faulty manufacture –It seems there is an almost infinite number of manufacturers and assemblers making computers and while some have vast experience and resources, others are no more than two guys in a garage so it is not surprising that an increasing number of computer systems are faulty when bought.

3. Bad upgrades – It is not just computers themselves that are victims of bad workmanship, upgrades by inexperienced computer fitters can cause horrendous problems. Faulty add-ons such as RAM can kill a processor instantly, also attempting to ‘overclock’ or interfere with a processor can often lead to a fatal melt-down.

4. USB Device Mishaps. It seems everything can be plugged into a USB these days. However, it may be that your USB device is not suited to the operating system you use or it may be faulty leading to a fatal short circuit.

5. Power problems – Power surges or unexpected power cuts can not only cause instant loss of data but can fry a processor. It is not just power from the grid that causes problems either – lightning can surge through cables (even phone wires) frazzling your system and so can static.

6. Dirt/Dust. A dusty environment will clog a computer and block cooling vents causing a computer to overheat. Dust can also contain conductive material and particles can stick to circuit boards and cause a short circuit. A cloud of dust can also explode if it comes into contact with a source of ignition (like a computer). Even home computers if not properly cleaned can succumb to problems caused by too much dust.

7. Water/fluids. Of course, computers are electrical and with all electrical equipment, computers and water do not mix, just one spilt cup of coffee could see the end of your PC.

8. Heat. Processors can run exceptionally hot and if a computers cooling system is inadequate (because the machine has been upgraded, overclocked or just clogged up with dust and grime) it will only be a matter of time before it packs up for good.

9. Cold. Just as with heat, computers don’t enjoy the cold too much either. Processors will not operate at all if the operating temperature is too cold as condensation inside the machine can freeze and expand damaging the processor and electronics.

10. Knocks/bangs. Computers are sensitive machines, simply moving a PC to another room can cause havoc, disrupting the delicate circuitry and hard drives. Dropping a computer or severe knocks and bangs will permanently damage the circuits and processors or dislodge wiring.

The easiest way to protect a PC in business applications from uncontrollable hazards such as heat, dust or vibrations is to use an industrial computer enclosure. These industrial PC enclosures allow a conventional PC to be used whilst housed in a protective cocoon which can be dust, water and even explosive proof.